Is GlocalMe/uCloudlink a fake company that’s tricking consumers and kickstarter?

Was this whole thing fraud?

“What happened to the G2. All mention of it on Amazon is gone, and Glocalme is not even advertising this on their websites. Have they hit a problem??”

Which made us do a little more research, looks like that a company actually was outright buying up lots of product and reselling it with another name.

From GLocalMe’s Press Page: “August 14, 2015 Update: We are currently investigating more details about this company and the KickStarter campaign. At this time we would not recommend backing the GlocalMe G2.”

Looks like there is some re-branding happening now though, a company by the name of Besteker has appeared and the G2 has been pulled off the shelves.

GlocalMe/UcloudLink reached out, and we posted it here.

This entire post began as research into GlocalMe’s Amazon reviews that they listed on their KickStarter campaign.  After coming across a post on reddit, the reviews both looked and read very suspiciously, but like with everything, the more you start digging, the more interesting things about a company starts to appear.  I now would like to introduce you to GlocalMe also known as uCloudlink.

There’s a new KickStarter campaign that wants to promise consumers an easy way to travel and maintain an internet connection, GlocalMe.

GlocalMe promises a device that will work worldwide, with no contract, no sim cards to buy and operate worldwide on 3G/4G networks.  There’s a few companies that already do this including WorldSim.

What started to catch my attention is a nice little section on KickStarter where they put a screenshot of their amazon reviews.

Just by skimming through the reviews, you will see that their reviews are very much cherry-picked to emphasize the pain points (a common sale strategy), but once you start reading them they appear to not be genuine.  Notice how each of the following reviews touches on a little pain that you normally do.

The common thread between the Amazon reviews and the Kickstarter campaign appears to be the both the broken english and the fact that the amazon reviews read like informercials where they highlight the ‘pain’ points that consumers feel and how the product was able to solve them.

“This fact prompted us to dig deeper into a solution where we started to envision “GlocalMe’ and all the possible benefits.” (Missing correct quotation marks)

“GlocalMe is offering its availability for all types of devices and software.” (Bad English)

“Large battery also lasts for up to 15h of continuous use.” (Bad English)

It is a surprise thing that Glocalme do not require a sim card. More importantly, it’s much cheaper, AT&T usually charges me $30 for only 120MB international data roaming, this device only costs me 30 EURO for 1GB. I also found I can share the wifi easily with 5 person without issue. How amazing it works.Boost fast and work as expected. Perfect mobile hotspots!! Very….Very convenience!

My Verizon iPhone gets messages/emails from all over the world, the data roaming is very expensive. Typically Verizon charges $20 per MB or $25 for 100MB. For one week travel, I need about $100 data. Two weeks ago I used Glocalme while traveling in UK. All I need was EUR10 (200MB) data. Very nice saving!

(WGTM NOTE: Notice how he said he normally needs $100 of data but later he said he only needs 200MB which would have been $50 on Verizon’s network)

Just remember that gigabytes in Europe cost a lot more than in the US, yet Glocalme’s rates are decent. Customer Service is also quick and courteous.

Make sure that you will have connection with this device before heading out on your trip. Many parts of Africa are still not connected, and eastern Europe is in part still in the dark. All of North America is covered, though

Hook the device into an ethernet cable and you can get LAN to device connection without costing anything. This is true in a US hotel room. When not used as a hot spot, you can use this as a battery pack and recharge your phone once or twice. It’s only 6000 mbps but it does help keep your phone charged.

(WGTM NOTE: Gigabytes are actually a fraction of the price in Europe and other countries, you can actually get 5-10GB of data for around $10USD in most of Europe.  But my point is highlighting the broken english.)

But if you notice, all of the 1 star reviews are written in perfect english.  Interesting…

My wife and I just returned from 3 weeks in Europe, (Italy, Greece). I tried to use the device while there. When I tested it in my home in the US it worked fine. When I got over to Italy and Greece, no go!!. It was always notifying that I was connected to wifi, but had limited access.

Good concept, but tested in US first before my trip and slow as snail (one PC connected, takes about 2 minutes to load Amazon top page, and that’s if you are lucky to have any connection at all). wasted 10 euro to top up the account.

I have contacted this seller on 3 occasions – all without resolution. This wireless device is very unreliable – rarely creates a usable Hotspot for any phone/ laptop/ desktop to connect to…

After I ordered this I realized that the info stated for this is for the Glocalme G1 which is not the same device.After 3 wks of trying to get it on my laptop (as it says I can do) I am told that the Glocalme or Glocalme G1 do NOT work on a laptop which is why I bought it.

My overall point is that there are A LOT of red flags, from the broken english, to the 1 star reviews written extremely well, and the 5 star reviews missing punctuation, verbs, nouns, and things basic English users should know of.  This post doesn’t even mention that GlocalMe’s data rates are actually pretty high compared with buying a local sim card which was something the founder, Jeff Koehler, had a goal of.

The last sentence about Jeff Koehler had me googling. I wanted to learn more about the ‘team’ behind the device.  Notice how no where in the KickStarter campaign are the names of the founders actually written out in plain text, their names only appear in images.  This is to prevent search engines from connecting the dots, this was yet another red flag with this KickStarter campaign.

I believe I found Jeff Koehler the photographer, he makes a few references to being a photographer on the KickStarter campaign, however on his own blog, twitter, facebook, I couldn’t find a single reference to his KickStarter, it makes me wonder if he even is aware of it existing.

A few more Google’s, and I came across this press release from Aug 26th, 2014, “GlocalMe Mobile Wi-Fi Hotspot Rental, An Opportunity to be a Millionaire“.

uCloudlink? Who are they? The KickStarter made it sound like it was more a ‘homegrown’ project, not a massive enterprise with more than 50 employees.

Simply googling uCloudlink or GlocalMe + Jeff Koehler returns 0 results.  Kind of surprising for a company where Jeff is the Chief Designer.

Alright, let’s try Kevin Gao, surely he lives in Hong Kong and is apart of all this. Nope, no trace of him either, only return with google is another press release on reuters, “GlocalMe G2 is Off to Great Start in Kickstarter campaign” (My favorite part of this press release, * Reuters is not responsible for the content in this press release.).  There’s another Kevin Gao, however he’s associated with HyperInk and lives in Los Angeles.

Alright lets try Nikolina Jovanovic, the last team member, surely she exists, she has a very unique name. She actually does seem to exist, here is her LinkedIn profile showing a connection to the company. Odd that none of the others have a connection to the company. But what’s interesting is that she’s not the Co-Founder, she lists her title as “Director of Business Development, EU Division at uCloudlink International Network Technology Limited(UK)”.

According to the previous press release the founder of uCloudlink is actually someone named YoYo and neither Nikolina or Kevin.

As with everything on KickStarter, buyer beware, however this seems to be an extreme case to both con and try to trick members of KickStarter to thinking that they are bringing a unique product to the market, and a small independent operation.

After connecting all the dots, not finding data on two of the three members of the team, discovering that they are misleading consumers with their job title and position in the company, and the mix of both positive and negative amazon reviews, I believe this company is coming to light as a fraud where it’s members are just attempting to trick the consumers and have crafted a nice little ‘get rich quick’ scheme.

Buyer Beware & if anyone from the company would like to reach out and share their version of this story, please do, whogavethemmoney at gmail.com. 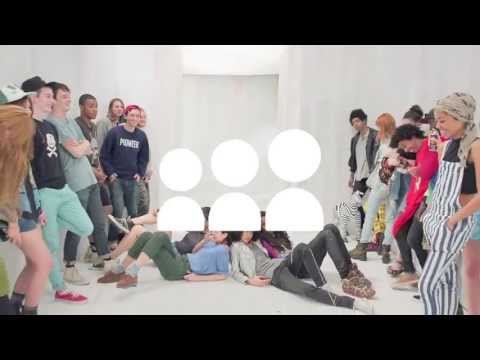 REVIEW: FiveFourClub, AVOID, It Should be renamed Cheap Clothing Club